The famous quote often attributed to Ben Franklin, “Beer is proof that God loves us and wants us to be happy,” came to mind after witnessing the grin upon the face of one of the first  New Union Brewery “tasters.”   His beer of choice: the “Dark Roast Porter.”

On November 11th, Ryan Stoepker and Tyler Velting watched closely as each guest sampled their selection of newly brewed craft beers.   As stressful as an opening night can be, it was clear that their first customers were enjoying the brew.  A sigh of relief was in order.   Good times were had by all at that attended the soft opening, which offered eleven freshly brewed options and treats catered in by Main Street Inn BBQ.

Tyler and Ryan started talking about opening a business together about 5 years ago.   They have been friends since the fifth grade and clearly knew each other well.   Brewing beer came into their lives about fourteen years ago when they purchased a beer brewing kit.  They were hooked. However they never used a brew kit again because they wanted to craft a line of beers they could call their own. 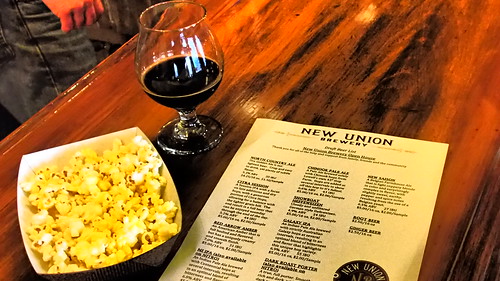 A computer program was designed to track their recipes.   Working with over twenty varieties of Amber, they discovered they could  formulate the color and IBU’s they would get with each recipe. Feeling more confident with their craft, and only one batch that they considered a failure they decided to start looking for a location.

Lowell wasn’t their first choice, but many will agree, they made the right choice.   It wasn’t until another location in another city fell through that Tyler noticed the vacant Blue Ribbon Feed building as he drove through town on his way to work.   He stopped and looked through the windows and noticed the cooler and the floor drains.   This was it, he just knew it.    Good friends, great beer, and the perfect location.  New Union Brewery was born. 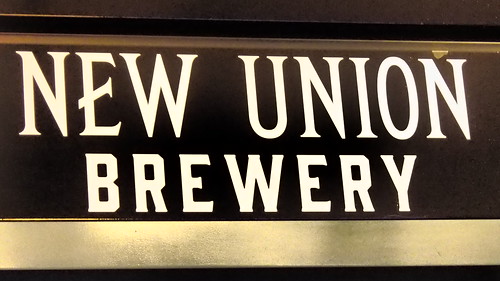 Although Tyler does not discriminate, IPA’s are the craft brew of choice for Ryan, a style of beer that dates back over 175 years and is an acronym for India Pale Ale.   One historian’s take on the history of the IPA suggests that in the 1700’s, the British residing at the outpost in India could not brew their own beer due to the high temperatures.   An enterprising young London Brewmaster used his own entrepreneurial spirit to create a brew, with higher alcohol levels and extra hops.   Both of these ingredients are preservatives, and allowed the beer to be produced in London, and shipped safely to India without spoiling.

The history of beer in America starts with the colonists brewing ale from corn.  However in 1632, a brewery was built in New Amsterdam (New York City) by the Dutch West India Company.  Their focus was on brewing stouts, pale ales and a variety called bitters.  Many more breweries followed and the industry thrived until the dark days of prohibition, stretching for what must have seemed an eternity, from 1919 to 1933.  The brewery industry was wiped out in the United States.   It was not until 1978 that homebrewing was once again legalized as long as the alcohol content was at or below 3.2%,  a “low point beer.” My how times have changed.   Breweries are popping up all over the United States. Their sales accounted for 48.5 billion dollars in tax revenue in 2014.   New Union Brewery has joined a very successful industry.

Constructing the Brewery took longer than anticipated but the results were well worth the wait.  Walking through the front door, you are greeted with the warmth and charm of a stylish brewpub. Darkly stained wood, copper trimmings and an up close and personal look at the stainless conical fermenters from Psycho Brew, LLC.   A large portion of the design and remodeling of the Blue Ribbon Feed Building was completed by Tyler and Ryan personally.  Their talents clearly extend to more than just craft brewing. 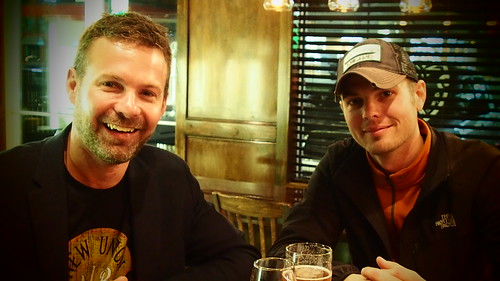 Hops are an extremely critical ingredient for the craft brewer.  Realizing that purchasing local is important, some of the hops being used to create some of their craft brew selection are being purchased from 43 Degrees Hops. –  A new premium hops farm, located in Lowell.   One more fantastic addition to Lowell in 2015.

Becoming part of the Community

Tyler and Ryan are quickly settling into the community.   Even the beer enjoys names reflecting on this unique small town.  A quick glance at the Draft Beer List, and you know these are Lowell brews.   Red Arrow Amber, North Country Ale and Showboat Hefeweizen to name a few.  Although there are no “Fruity” varieties of beer currently, they do hope to rotate new and interesting recipes on a regular basis.

If a rich malty brew with a hint of chocolate or coffee suits you, New Union will not disappoint.  Those loving a lighter more aromatic brew will be able to saddle up to the bar and enjoy as well.   At New Union Brewery the focus is creating truly flavorful beer and does not offer food for sale, but there is no need to go hungry.  Menu’s are available from local restaurants for your dining choices, some will even deliver.

Visiting Founder’s Brewery at their original location years ago to watch a friend play in his band, planted the seed of entrepreneurial spirit with these two friends.  Perhaps, their success in their new venture will provide the same motivation to others. 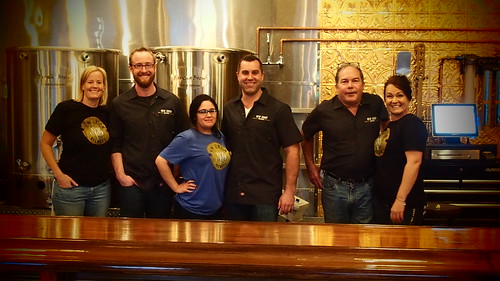 New Union has created an inviting atmosphere, a craft brew selection that won’t leave you wanting and a partnership with local restaurants.  Take a moment to welcome Ryan and Tyler to Lowell, join the mug club, enjoy a freshly brewed craft beer, you won’t regret it.

Something New is Brewing at New Union

The material on this site may not be reproduced, distributed, transmitted, cached or otherwise used, except with the prior written permission of Lowell's First Look.